What does Mailman's "mod" (moderation) checkbox do?

Mailman's "Membership Management" screen shows the subscribers to your list and the various options set for each subscriber. One of these options is the "mod" (moderation) checkbox.

If a subscriber has the "mod" box checked, it simply means that the address will not be able to send messages to the list without the separate approval of the list owner or moderator.

This system is very flexible. If you want to allow a few additional people to post to an announcement only list, just uncheck the "mod" checkbox for the extra people.

In the example below, “admin@example.com” is allowed to post to the list, but the other two addresses are not. 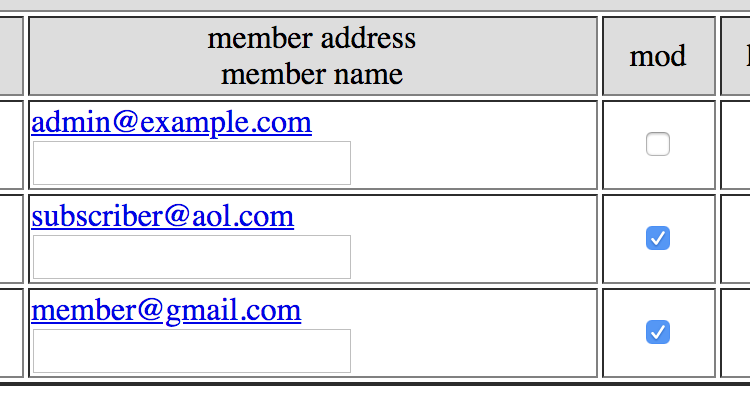 Why do messages from the list owner or moderator get rejected?

To fix this, go to the Mailman membership management page for your address, then uncheck the "mod" checkbox and save the changes.